A circular walk from Neist visitors' car park to the Old Coastguard Station, around Mainteach nan Tarbh and then returning via Waterstein village. (4 miles, 2-3 hours).

From Milovaig, drive back to towards Glendale and take your first turning on the right.

Follow the road as far as it goes and park up in the car park.

Rather than descending the steps to the lighthouse, follow the headland around to the right (North). This gives excellent views down over Neist Point and the Lighthouse (as shown in the photograph on the right).

After about half a mile, you will reach the old coastguards' hut (Map ). This is still standing, with the walls and roof intact but the windows and fittings are long gone. It makes a good place to shelter in a storm.

From here, keep following the cliff-tops around until you descend into a small glen leading down to Oisgill Bay. You can explore the bay and the massive sea-cliffs. There are superb views over The Minch to the Western Isles. 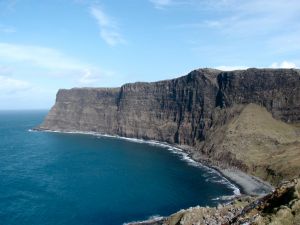 The photograph on the left shows the view of Oisgill Bay as you will approach it from the Old Coastguard Station.

For your return, cross the burn and follow a well-defined track along the Northern bank of the small glen leading South-East, until you reach a large passing place and sheep fank beside the Waterstein road. Avoid the Southern bank of the burn, which is very boggy at all times and passes through private property.

Turn right and follow the road back to the Car Park. 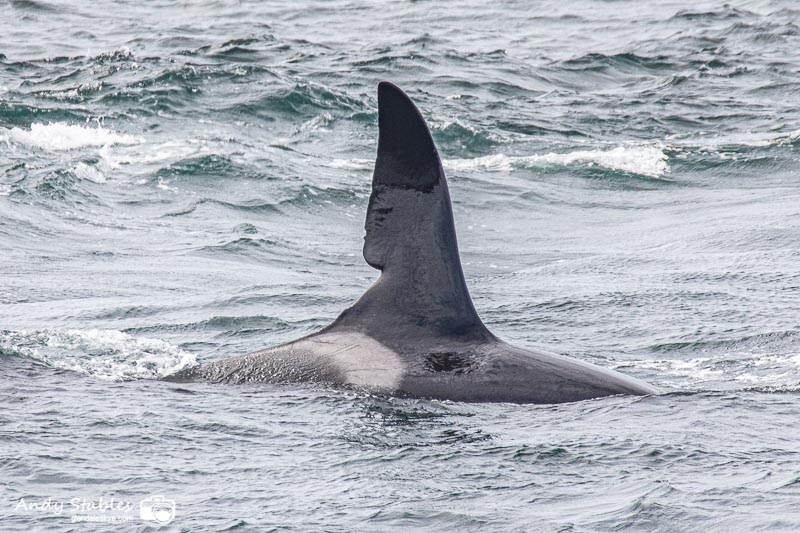 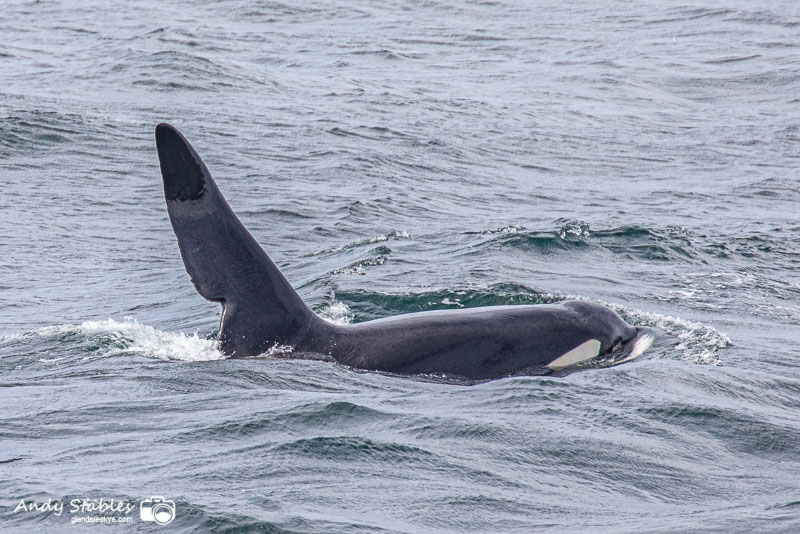 Orca "John Coe" surfaced several times within yards of the shore at Neist Point at 1:30pm before spending until at least 3pm feeding far out in the Minch off North Uist and Benbecula. A pod of six Risso's dolphins went north past Neist Point at 1:20pm.

Far out in the Minch, off North Uist as viewed from Neist Point, at mid-day were a minke whale, 2 adult & 1 calf harbour porpoises and two separate pods of 8 and 12 common dolphins. 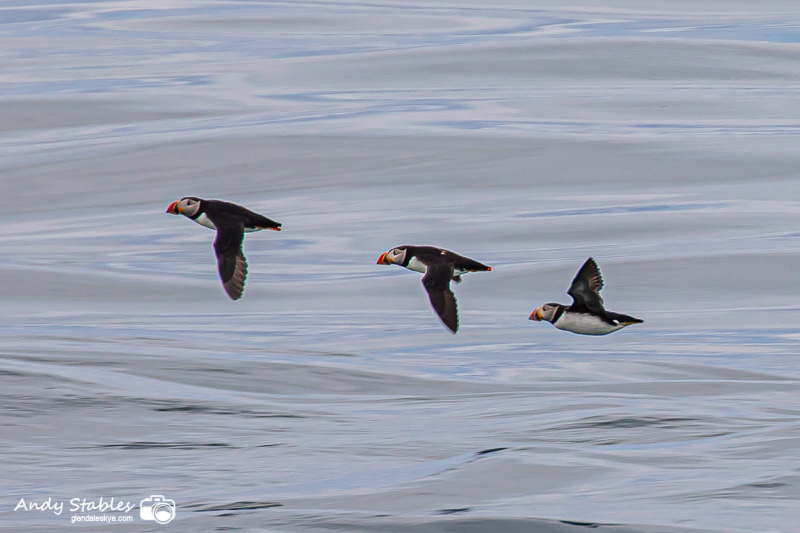 Three puffins flew south past Neist Point at mid-day. Eight manx shearwaters flew north past Neist. There were two arctic skuas and a bonxie at Neist.