Welcome to our guide to the very best things to see and do in Glendale on the extreme North-Western corner of the beautiful Isle of Skye.

Glendale is an 18,956 acre estate that extends from Neist Point in the West, to Loch Pooltiel in the North, to Loch Dunvegan in the East. To the South it covers vast acres of moorland, skirting the slopes of MacLeod's Tables and extending almost down to MacLeod's Maidens at Idrigill.

The name 'Glendale' is the anglicised version of its gaelic name, Gleann Dail, which means 'valley with level fields by a river'.

Glendale experiences the most incredible sunsets in June.

The steep cliffs of Glendale are home to thousands of seabirds and this area is undoubtedly the best place on Skye for seeing whales, dolphins, porpoises and basking shark.

Seals bask on the skerries in Loch Pooltiel and Loch Dunvegan at low tide. Otters can be seen fishing for sea urchins.

Glendale is renowned for its striking displays of wild flowers, with meadows carpetted with bluebells, orchids, violets and primroses.
Read More 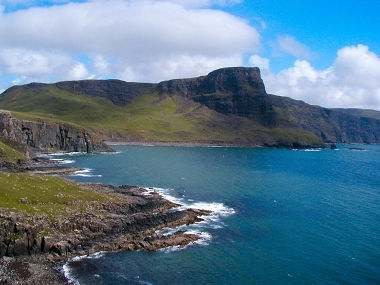 At the heart of Glendale is the post office and village shop, together with a community centre.

Skye's finest restaurant, the Three Chimneys, which is amongst the top 100 in the UK, is to be found at Colbost, one of Glendale's Eastern-most townships.

The extremely popular Old School House restaurant at Dunvegan is just at 20 minute drive away.

Fresh sea-food can be bought directly from the local fishermen who operate out of Meanish Pier in Milovaig.

Glendale is only a 50 minute drive from the island’s capital at Portree.
Read More 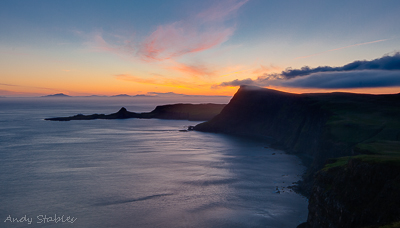 There is a beautiful, clean beach of black, volcanic sand at the head of Loch Pooltiel, the perfect place for a picnic.

This is a very peaceful and unspoiled corner of Skye that makes an excellent base for walking, fishing, birdwatching, cycling, climbing and diving holidays.

The scenery is quite simply breath-taking all year round. 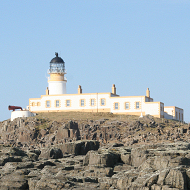 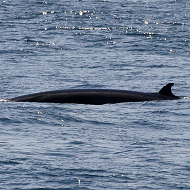 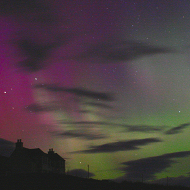 There was a summer-plumage great northern diver by the fish farm at 7pm.

There were nine adult, summer-plumage black-headed gulls on the skerries in Loch Pooltiel, late morning.

The tree sparrow is still coming to bird feeders at 2 Lower Milovaig. 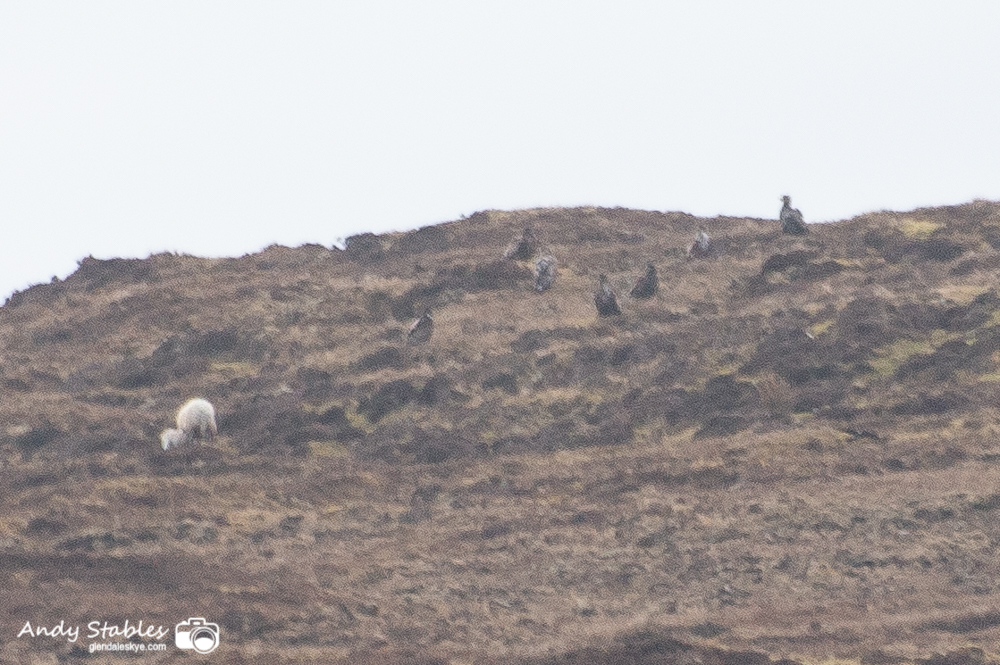 There was a flock of 20 icelandic redwings on the top road in Lower Milovaig at mid-day.

In the Residents' Lounge

Glendale has many of Skye's major tourist attractions close at hand. These include: