Castle opens all year (facilities Mar-Oct). Historic castle & gardens. Seal boat trips, restaurant and shops. 10am-5pm summer/11am-4pm winter. The home of the chiefs of MacLeod for nearly 800 years. Believed to be the oldest inhabited castle in Britain, and certainly the most significant on Skye. Dunvegan Castle is home to all manner of outlandish fiction and blood-curdling fact. Excellent water garden and a particularly cruel dungeon! Read More

The area around Glendale is wonderful for wildlife, with excellent bird-watching on the sea cliffs and shore. Whales, porpoises and dolphins are regularly seen from Neist Point.

The fields around Milovaig and Glendale are carpetted with wild flowers. Read More

Open April-October. A replica black house depicting how people lived in the 19th century and a replica whisky still.

Formed from a rare form of calcified sea-weed, these gorgeous white beaches make a superb place for a picnic.

Open all year. Acclaimed local history/heritage museum and purveyor of chanters, silver, knitwear, wool and other quality goods made on Skye by over 40 local craft workers. Open 10am-6pm.

The absence of light pollution makes Glendale an amazing place to watch the Night Sky, with the Milky Way clearly visible overhead after dark and Shooting Stars streaking overhead.

On Autumn and Spring nights, when conditions are right, the Aurora Borealis provides an awesome and very beautiful spectacle over Loch Pooltiel.

Read more about the night sky in Glendale

The crystal clear waters are excellent for diving and there are a number of well-preserved ship-wrecks on the ocean floor around the Duirinish Coast. These include the ss Chadwick which ran aground at the mouth of Oisgill Bay in 1892 and the ss Doris which crashed onto Neist Point in 1909. Read More. 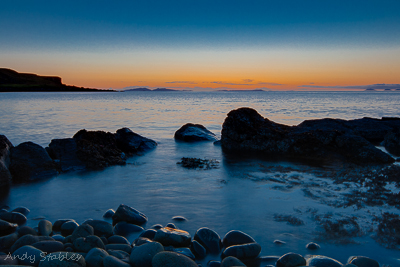 At the North-Western tip of Skye sits the Neist Point Lighthouse. The shore-line around the lighthouse features spectacular rock formations (pictured) that are similar to those at the Giants Causeway in Northern Ireland. For botanists, there are many interesting alpine plants growing amongst the rocks, including species of saxifrage. Read More

Now a visitor attraction in its own right, drawing diners to Colbost, to experience supreme cuisine in this Michelin-starred restaurant. Read More 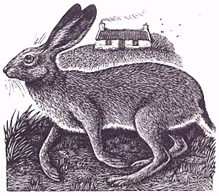 Glendale has some of the island's most talented artists and crafts people, including engravers, weavers and quilters. Read More

A magnificent range of mountains, acclaimed as being The British Alps. Read More 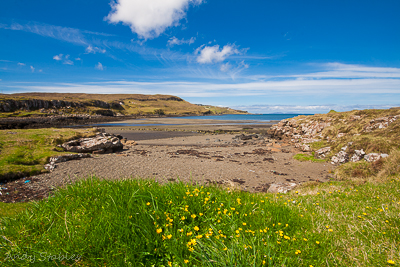 The Black Beach at Glendale

Beautiful clean beach of black sand, where the river Hamara flows into the sea. Read More