The Sky at Night in Glendale, Skye

Glendale is one of the few places left in the United Kingdom that has a total absence of light pollution, allowing the Milky Way to be clearly seen snaking across the night sky.

In fact, the density of stars visible in Glendale is so great that it can be difficult to pick out the common constellations.

In Spring and Autumn, when the Earth passes through showers of meteors, the displays in Glendale can be outstanding. It is possible to catch a shooting star streaking across the sky on most evenings in Spring, Autumn and Winter. 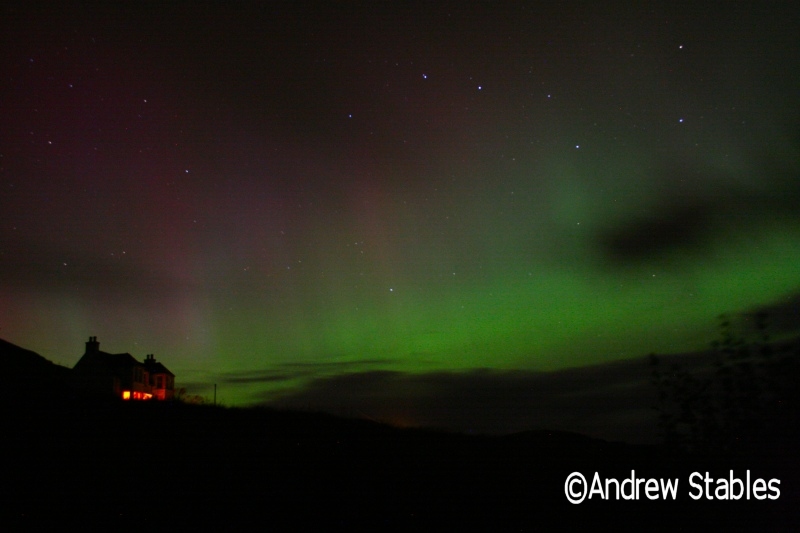 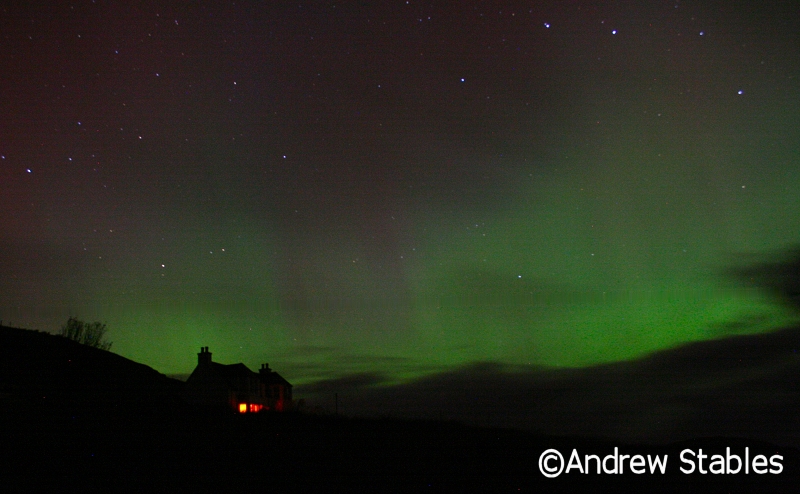 The Northern Lights can provide an amazing spectacle in the Winter months, with spring and autumn being the best times. The incredible, shifting columns of light appear like search lights over Loch Pooltiel.

The sun is currently coming to the peak of its 11-year cycle of electromagnetic activity, which means that auroras are very likely to be seen. The peak of activity is expected to be in May 2013. Experts are already suggesting that 2012 and 2012 will be the most intense years since records began.

Astronomical twilight is defined as the time when the light from the Sun no longer lightens the sky, which makes it possible to see stars. It is the point when the sun is above 18 degrees below the horizon.

On Skye, astronomical twilight never ends between April 30th and August 13th, because the sun does not dip far enough below the sea, and so the stars fade for a few months.

Those wanting to enjoy the fantastic night sky of Glendale, at its best, are advised to come outside of these dates.

Nautical twilight is defined as the point when the sun is above 12 degrees below the horizon. General outlines of ground objects can be distinguished but the horizon is indistinct.

In Glendale, Nautical Twilight never ends between May 23rd and July 21st, so it is possible to 'see' outside all night between these dates. 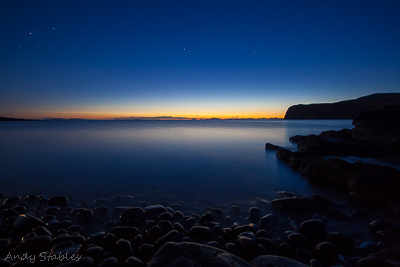 The 'Midnight Sun' over Loch Pooltiel in May.

These are photographs taken during the total lunar eclipse that occurred on March 3rd, 2007 between 10:30pm and 11:30pm. This was a fantastic, still, clear night on Skye which allowed incredible views.

The Earth's shadow passes across
the moon (50% coverage).

It was a normal, full moon initially but then the Earth's shadow began to move upwards across the surface of the moon.

As totality approached the moon suddenly turned a fiery red.

The stars began getting brighter as
the moon dimmed.

The stars began to get brighter as the moon dimmed and thousands of stars came out.

The final seconds before totality.

Finally, the moon was covered by a blanket of red shadow.