Few tourists venture to the Isle of Skye in the Winter months but those that do get to experience Glendale in its magnificent, natural state.

The roads are deserted and Skye's major tourist hot-spots, that buzz with visitors in Summer, can be yours to savour exclusively. 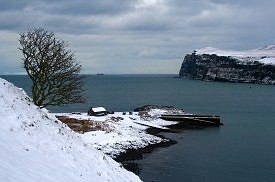 The crisp, clear days, make this the best season to photograph the amazing landscapes and sunrises.

The wildlife reclaims the Glen and those elusive animals and birds, that make Glendale such a special place, roam around quite freely.

The dark nights are fantastic for star-gazing. You will see the Milky Way and there is always the chance of seeing a shooting star or the Northern Lights.

Many of the island's restaurants close over Winter but The Three Chimneys is one of the few restaurants that remain open, so you can enjoy exquisite cuisine in one of the World's best restaurants, after a relaxing day sight-seeing.

It is actually fairly rare for it to snow in Glendale. There are usually just one or two days each year when snow falls at sea-level and, due to the warming influence of the gulf stream, it usually melts very quickly. 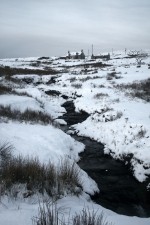 2004 was an unusual year, not only for the fact that it snowed all through Christmas Eve Night but also because the low temperatures and snow-flurries persisted throughout Christmas Day, which meant that the snow lay on the ground until Boxing Day.