The Moths of Glendale, Isle of Skye 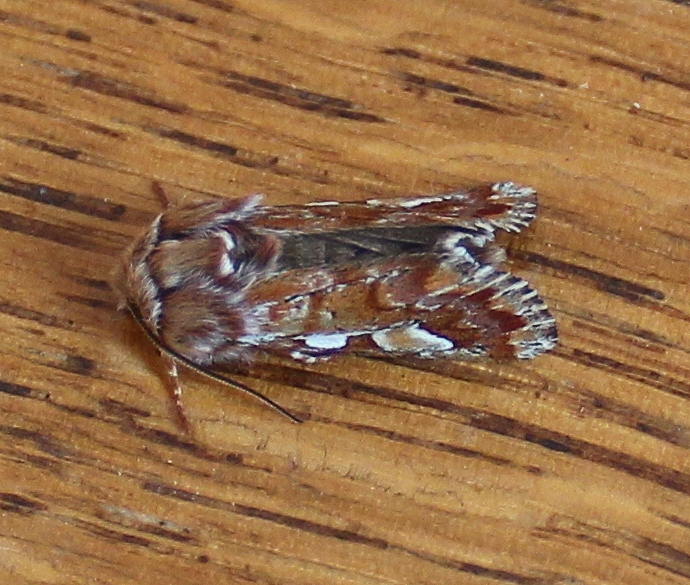 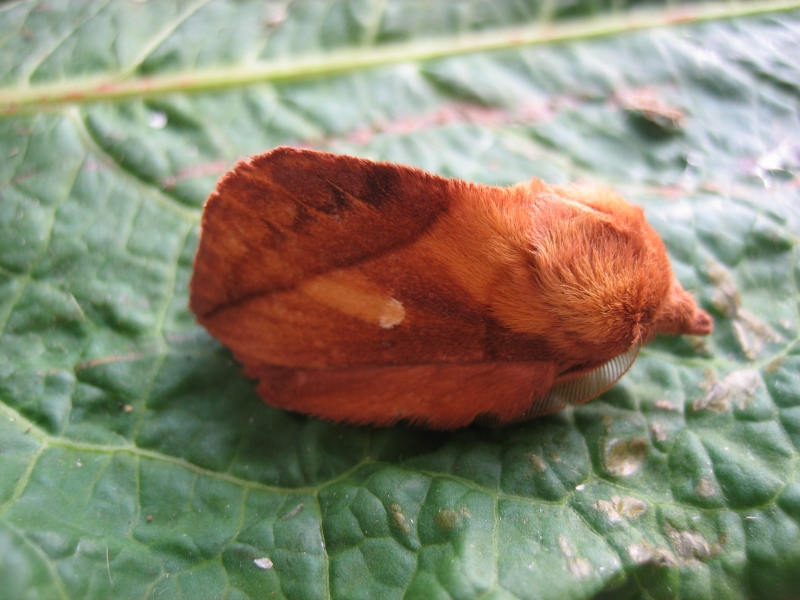 On May 1st, 2013 Andy trapped a Pine Beauty at Holmisdale, which is only the third ever record for this species on Skye.

In June 2012, Andy Harding spent a week in Holmisdale, Glendale and took a portable mercury vapour lamp to trap moths. The trap had a very powerful 125V mercury vapour bulb and would have been visible across the glen. This sits above a largish wooden box filled with cardboard egg boxes into which moths crawl having been attracted by the light. 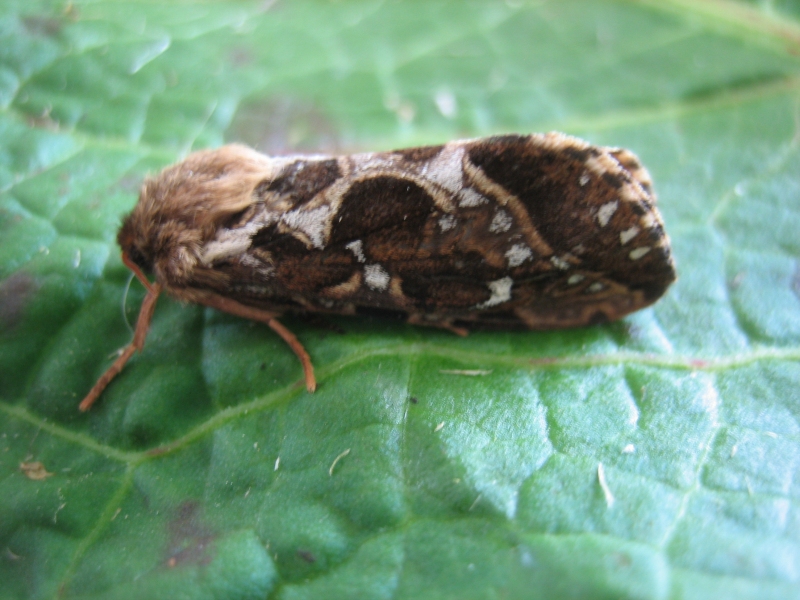 Most moths are very torpid by early morning and having been identified and logged, they were happy to be transferred into a lighter box and taken down the road a few hundred metres to be released into bushes and other vegetation close to the shop. Some of you will have seen him going up and down the road with a mysterious box! The somewhat distant release is important to avoid retraps, both for recording purposes and to let the large majority of them get on with what moths do the next night without being re-attracted to the trap. 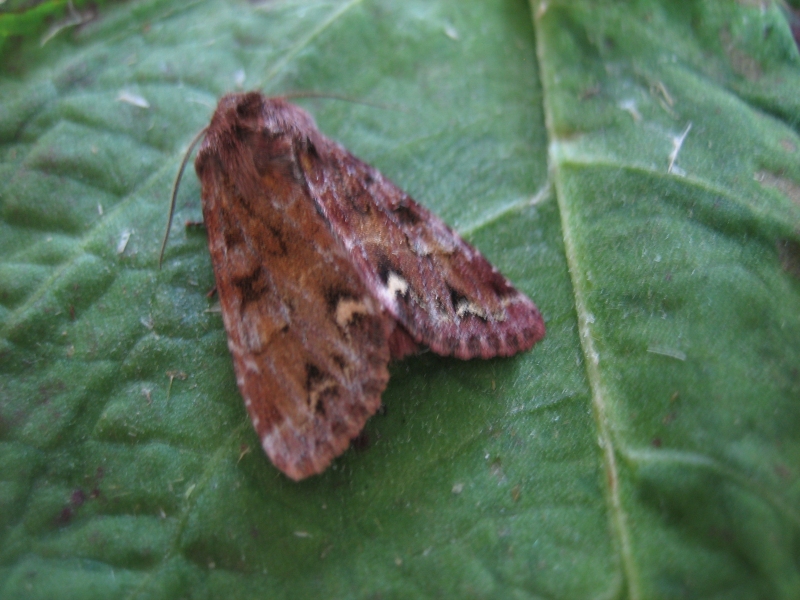 The weather was pretty reasonable for moths to be flying, with no rain during the whole week. It was a little bit breezy, which will have reduced the number of moths trapped, but the catches (over 40 moths on 10th) made running the trap very worthwhile. According to the moth recorder for the island, there do not appear to be any other records for the area, so there was no way of judging whether what was found is below or above average for what might be expected at the time of year. 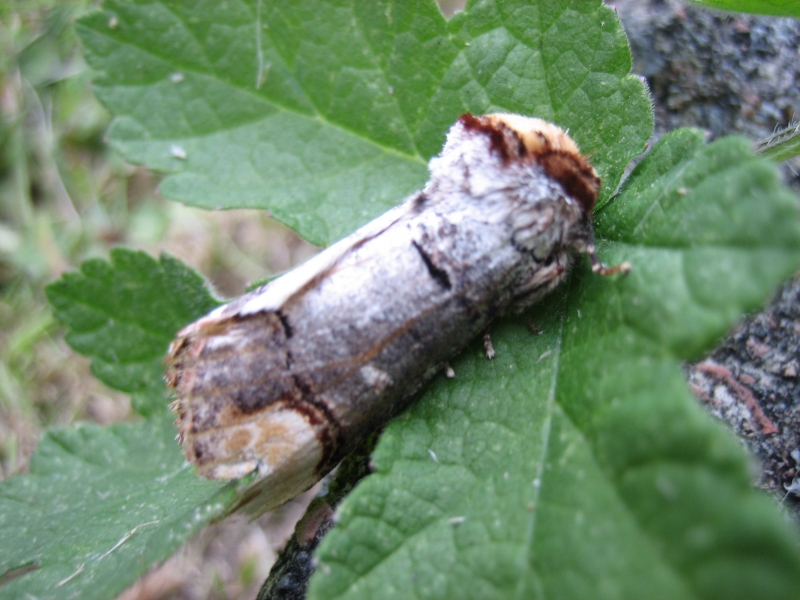 No rare species were found, and only one moth is never likely to be encountered in Andy's home county of Northamptonshire (Northern Eggar). However the habitat is very different from where he actually lives, so a dozen of the others were new to him, and another half a dozen he had only seen before when trapping on the outskirts of Edinburgh. 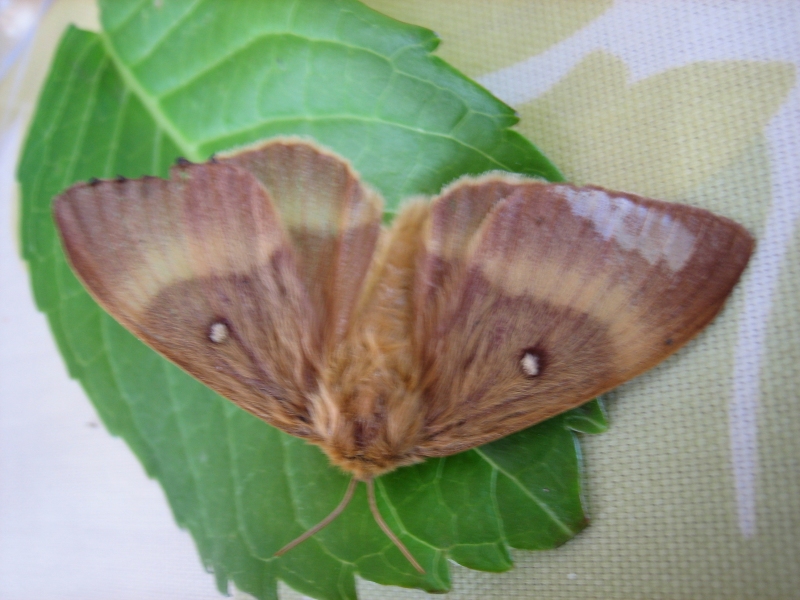 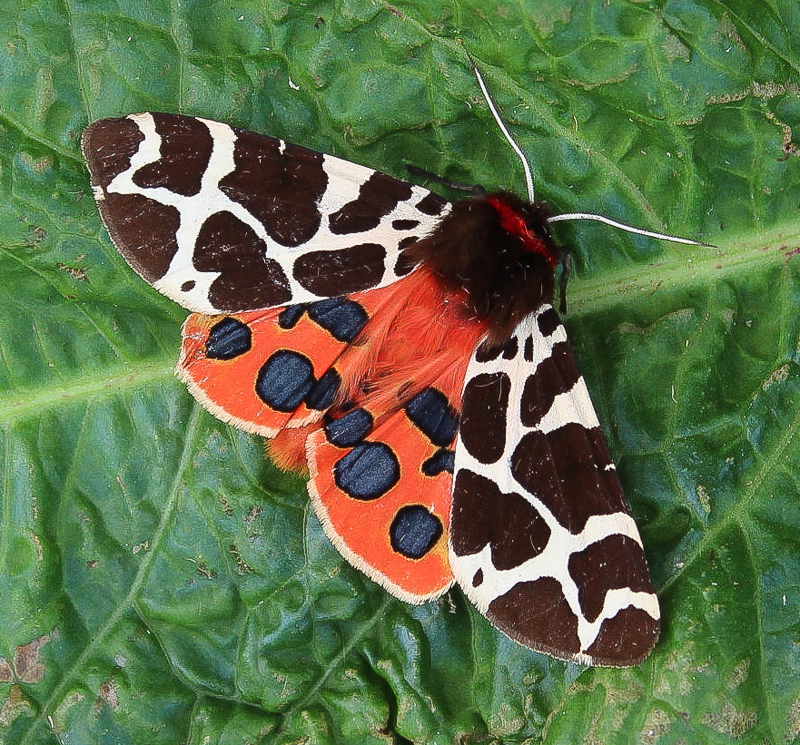 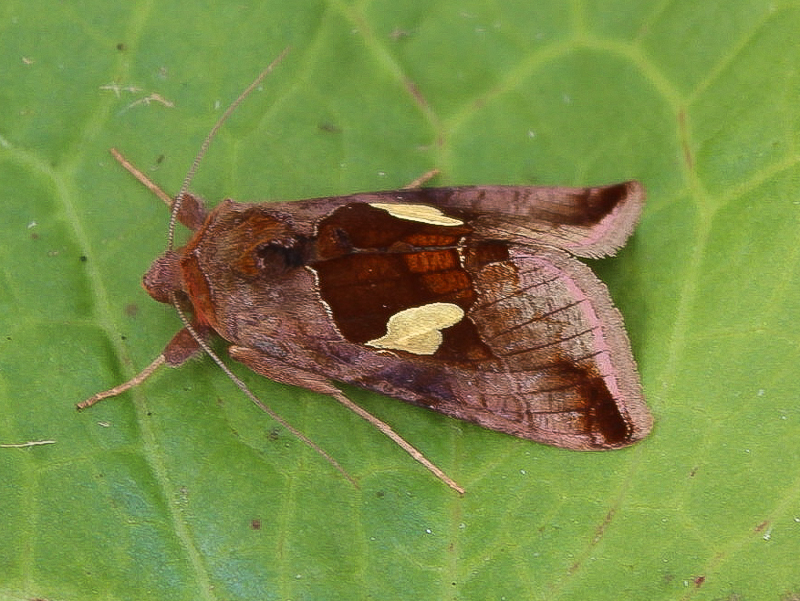 Moth photographs on this page are all copyright of Andy Harding. 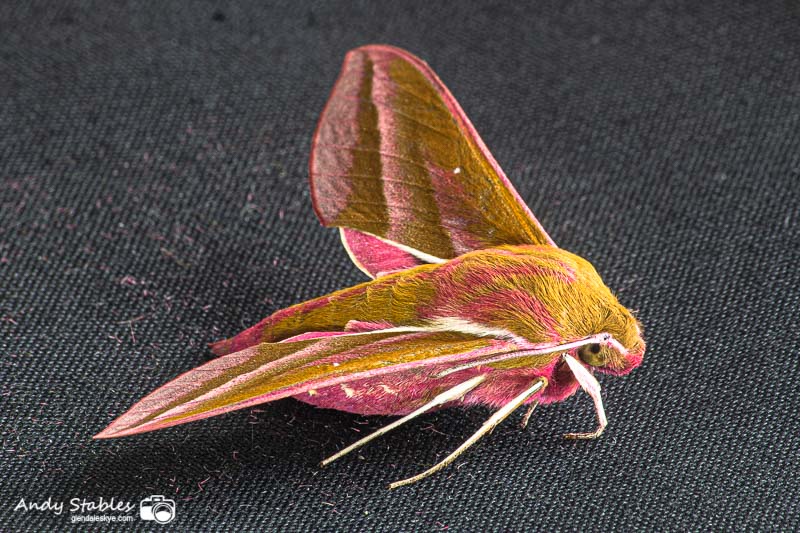 An elephant hawkmoth was trapped last night at Lower Milovaig (Alison Stables). The first known record of this species in Milovaig and only the 38th ever for Skye. 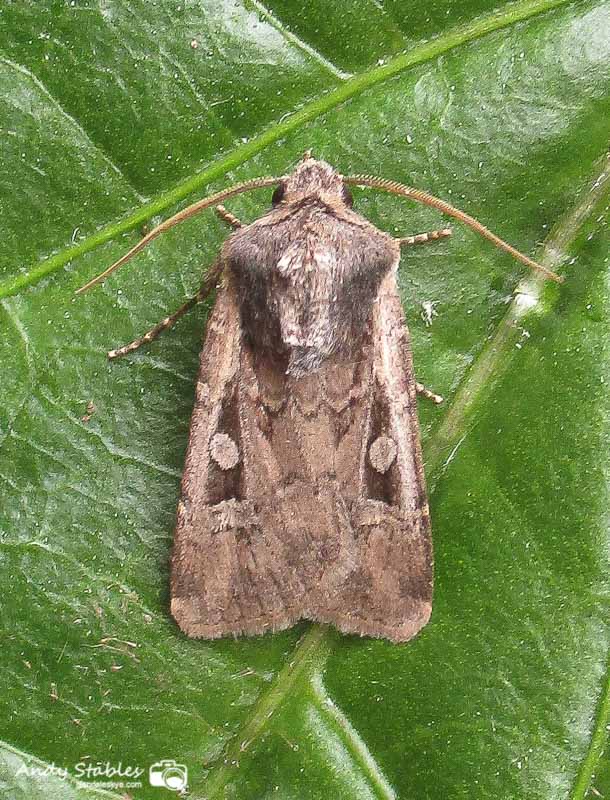 This square-spot dart trapped last night at Lower Milovaig is only the third ever record of this nationally scarce B moth on the Isle of Skye (Alison Stables). It is the first record on Skye since 2014. 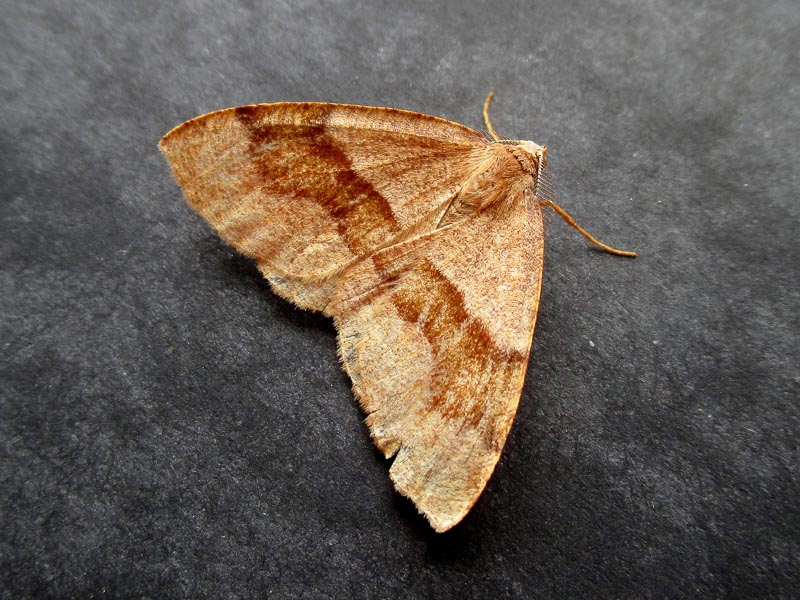 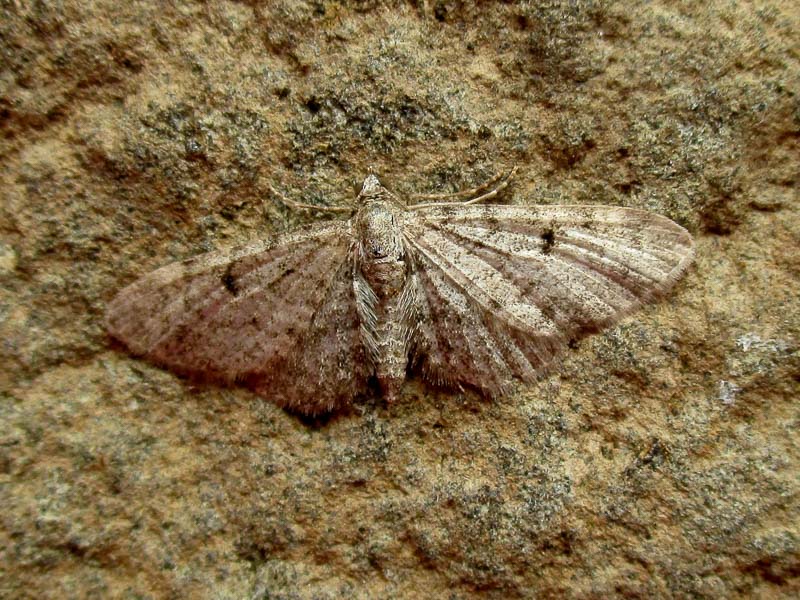 n.b. All of the moths that Andy logged are called macro-moths, so the list does not include the many tiny, but often beautiful, micro-moths, which were also attracted to the trap.